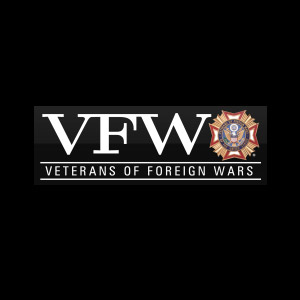 Ending sequestration will remain a top priority under new leadership 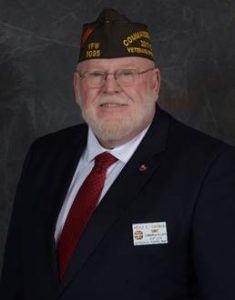 KANSAS CITY, Mo. (July 26, 2017) – The Veterans of Foreign Wars of the United States concluded its 118th National Convention today with the election of Keith Harman of Delphos, Ohio, as its new national commander.

Harman served in the U.S. Army from 1967 to 1969, including service in Vietnam as a crew chief and door gunner on Huey helicopters.

During his acceptance speech, he spoke highly of the nearly 1.7 million members of VFW and its Auxiliary, citing the members’ camaraderie as the driving force to the success of the organization. “Every member of our organization has walked the talk, and every member of our great Auxiliary has lived the fear of having a loved one downrange. I believe in what the VFW stands for — to take care of veterans, service members and their families — and I am proud to be a part of it, and honored to lead it,” the new national commander told the crowd.

Harman has been a member of the VFW for 34 years, belonging to VFW Post 3035 in Delphos, Ohio. He has served in elected and appointed positions at Post, District and Department (state) levels, and achieved All-American status during his year as commander of the VFW Department of Ohio in 2004.

Throughout his remarks, he stressed the importance of the VFW’s work to those it serves, and praised today’s service members’ resolve and dedication. “Sixteen years ago, no one would have thought it possible for America to fight a nonstop, two-front war for so long without restarting the draft, but we have — they have — and they continue to do so magnificently, which is a testament not only to their patriotism but also to their character,” he said.

The national commander also discussed his recent fact-finding trip to Southeast Asia. It was his first return to Vietnam after ending his military service there 49 years prior. He noted the dedication and commitment to America’s Full Accounting Mission of those associated with the Defense POW/MIA Accounting Agency, and reiterated the VFW’s commitment to the program.

With the demand, “Sequestration must end!”, Keith made clear during his remarks ending sequestration will again top the VFW legislative agenda for his term as national commander.

He will lead the organization under the theme Service not Self. “Those three words represent the life I’ve led for more than four decades,” he explained.

During his tenure as national commander, Harman will log thousands of miles across the U.S. and abroad to promote veterans’ issues and advocate for better quality of life programs for all veterans, service members and their families.

ABOUT THE VFW: The Veterans of Foreign Wars of the U.S. is the nation’s largest and oldest major war veterans’ organization. Founded in 1899 and chartered by Congress in 1936, the VFW is comprised entirely of eligible veterans and military service members from the active, Guard and Reserve forces. With nearly 1.7 million VFW and Auxiliary members located in almost 6,500 Posts worldwide, the nonprofit veterans’ service organization is proud to proclaim “NO ONE DOES MORE FOR VETERANS” than the VFW, which is dedicated to veterans’ service, legislative advocacy, and military and community service programs. For more information or to join, visit our website at www.vfw.org.