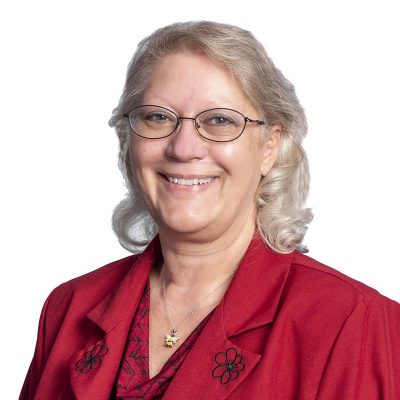 Women have served in the United States military since the Revolutionary War. Since then, women of all ages, ranks and levels of authority have entered every branch of service, made significant contributions, and suffered the same sacrifices as men.

One of the VFW’s top priorities has been to ensure women veterans receive their earned benefits and services that honor their heroic military service. Currently, women comprise 15 percent of the active-duty military and 18 percent of the Guard and Reserve. With the steady increase of women wearing our nation’s uniform and their increased role in military operations, it has never been more important that to certify women veterans have a VA that is ready and able to care for them when they transition back to civilian life.

The VFW was disturbed to hear from survey respondents that VA employees continue to confuse them for spouses and caregivers or challenge their veteran status. This is unacceptable and the VFW has urged VA to properly train its workforce to treat women veterans with the respect and dignity they have earned.  And as VFW Auxiliary members, we need to keep this situation in mind as well.  If you misidentify a female as a family member, just apologize and thank them for their dedication to our Country.

Homeless veterans were also concerned with the lack of access to job training programs and counselors who understand the challenges of being homeless. The VFW has urged Congress and VA to expand successful employment and peer-support programs to all homeless veterans to ensure they are able to obtain meaningful employment and stay off the streets.  For more information: vfw.org/advocacy/women-veterans.

The Center for Women Veterans’ (CWV) mission is to monitor and coordinate VA’s administration of health care, benefits, services, and programs for women Veterans. They serve as an advocate for cultural transformation and to raise awareness of the responsibility to treat women Veterans with dignity and respect to #BringWomenVeteransHome2VA. For more information visit: va.gov/womenvet/

Today’s VA is focused on the needs of women Veterans and cultural transformation. We aim to provide an environment free from harassment. VA has introduced White Ribbon, a national call to action to eliminate sexual harassment, sexual assault, and domestic violence. VA Secretary McDonough is making accountability of those who commit harassment or sexual assault an important part of creating a culture that is free from harassment and sexual assault, without fear of retaliation. For more information, go to: va.gov/health/harassment-free/.

Women Veterans Day is observed on June 12 in the United States, a date chosen to mark the anniversary of the Women’s Armed Services Integration Act. The date is not recognized nationally, but is recognized by a few states, either through legislation or proclamation, and organizations. The stated goal of Women Veterans Day varies somewhat by state, but can generally be acknowledged as an effort to honor the work of women in the United States Armed Forces and recognize the unique challenges that they have faced.[1] The date was first recognized when the New York State Assembly declared June 12, 2008 to be Women Veterans’ Recognition Day.

While Women Veterans Day is currently only a state recognized commemoration, there is an effort to have the day recognized at a national level. U.S. Representative Mikie Sherrill of New Jersey introduced a resolution in both 2019 and 2020 to have June 12th officially recognized as “Women Veterans Appreciation Day.” The purpose of the resolution is to address “the disparities in care, recognition and benefits that our women veterans receive” and to “highlight the growing presence of women in the Armed Forces and the National Guard; and pay respect to women veterans for their dutiful military service.” In 2020, Senator Cory Booker submitted a companion resolution in the U.S. Senate.

The States currently with this recognition day are: