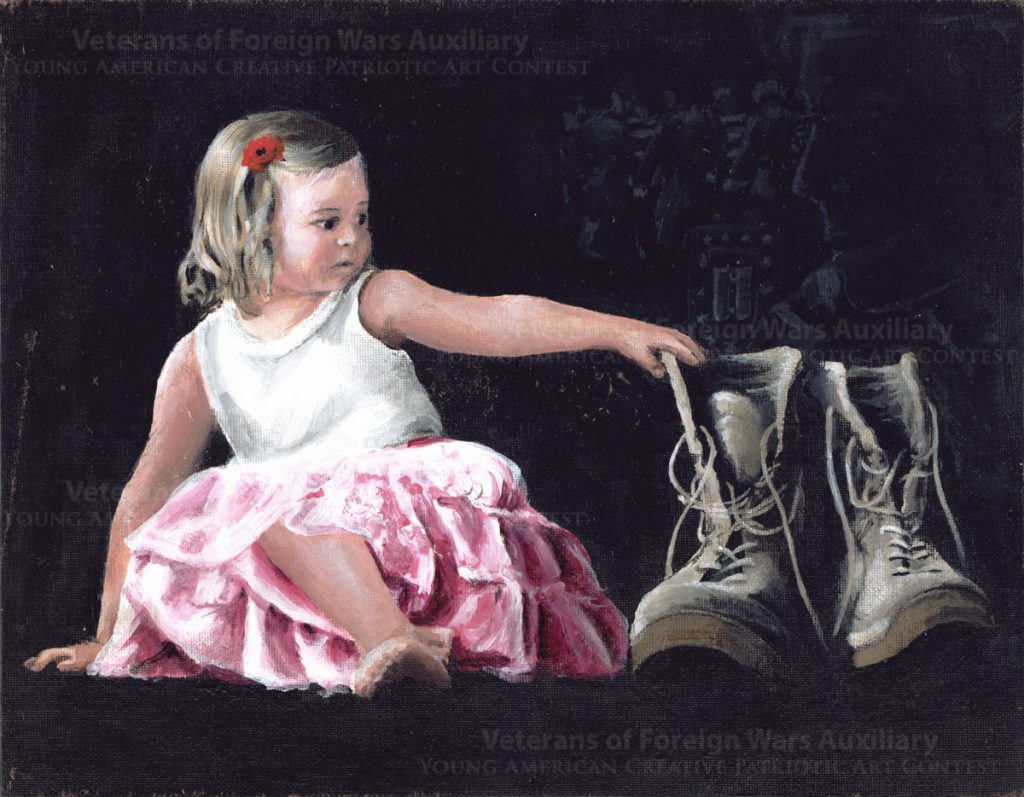 “Army Captain Cory J. Jenkins, died August 25th, 2009 while serving in Operation Enduring Freedom. At his death Cory was a husband to my cousin, Brook, and a father to their 9-week-old daughter, Reagan. This painting depicts the ultimate sacrifice that Cory and his family made. The image of young Reagan reaching for her father’s empty combat boots pays tribute to the sacrifice made by the service men and women and their families.

In Reagan’s hair you’ll see a red poppy flower, the VFW’s official memorial flower. Above Cory’s boots is a silhouette-like painted image depicting Cory watching lovingly over his daughter. Behind Cory is his Flag-draped casket being carried by his brothers in arms. The men and women of the U.S. Armed Forces and their families risk and sacrifice everything for the love of their country. I can think of no greater patriotism.” – Cathryn Lenae Shahan