“My artwork was inspired by the poem “In Flanders Fields” by Colonel John McCrae. The poppy flower symbolizes the sacrifices made by soldiers in the fight against Germany in World War I, as well as a symbol of remembrance and the consolation for a loss or death in the family.

In this painting, a young girl carries an armful of poppy flowers to a grave. She represents those left behind who must carry their grief with them for those who sacrificed themselves for their families and homes. The soldier in the background is a father figure who appears to be watching over his mourning child: it is left to interpretation as to whether he is there in spirit, or if he is just an illusion conjured by his daughter’s overwhelming need to fill the void he has left in her life.” – Larissa Weber 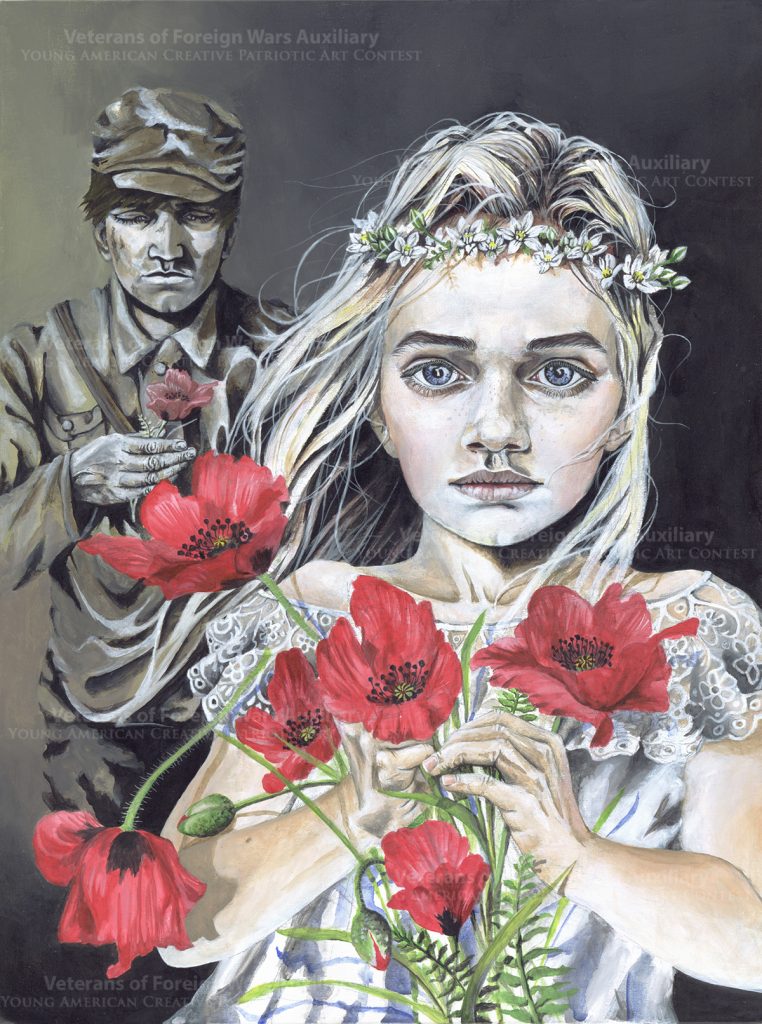