“Patriotism, by definition, is the quality of being patriotic: having devotion and vigorous support for one’s country. A canine companion exhibits devotion in its purest form, the bond they form with their caretaker is indestructible. When raised and trained to fight for the nation under the center of their universe, a dog makes for the most patriotic soldiers our country could ever hope to lay eyes upon. Even in death, as depicted in the image brought to life through pastels, the devotion and support possessed by a military canine remains an imperishable force. Nothing in this world can break the love this animal has for his master, and subsequently, his country.” – Elisabeth Miranda 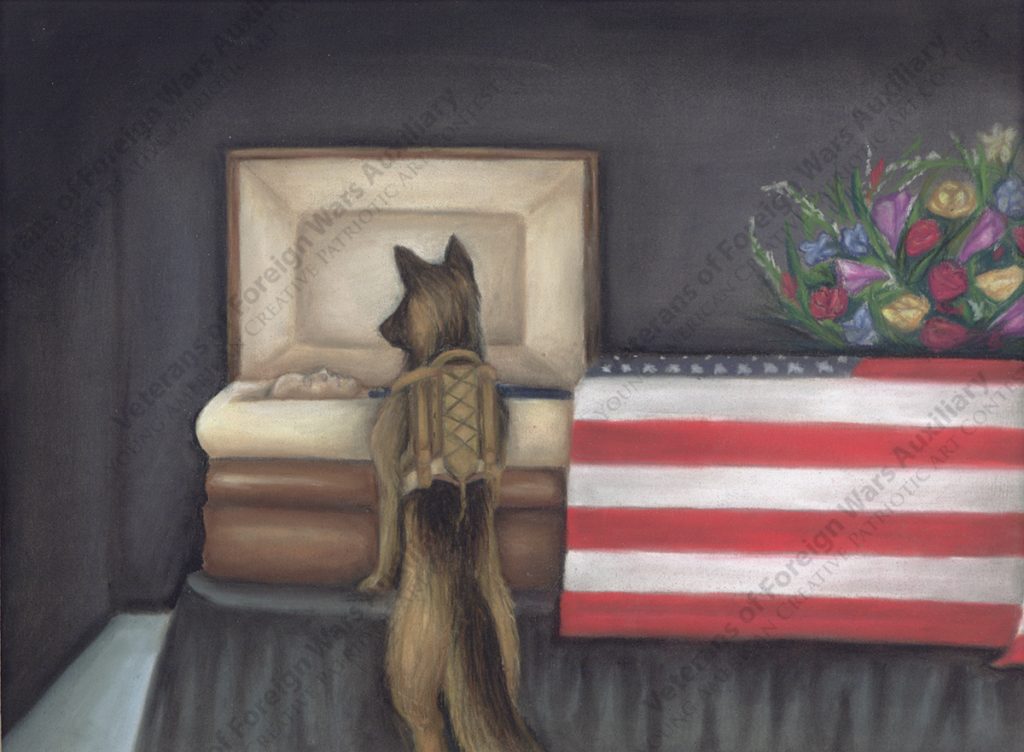