Each year, more than 3,500 high school students from across the country participate in the VFW Auxiliary’s Young American Creative Patriotic Art Contest. The scholarship contest began in 1979 to recognize up-and-coming artists and encourage patriotism in youth. Deadlines are approaching fast!

As the VFW Auxiliary National Scholarships Ambassador I had the honor of being one of the chaperones for 53 Voice of Democracy Department student winners during their trip to Washington, D.C. late last month. It was a week full of adventure, education, excitement and anticipation for the students of possibly being selected as the winner of a $30,000 scholarship.

We stayed in Arlington, Virginia, and had the opportunity to participate in numerous activities and visited many historical sites such as:

All of the students were fun, smart, well-behaved and in a nutshell – amazing! It was an honor to spend time with them and is reassuring to know that America is in good hands with these young people leading the way.

Prior to the Parade of Winners, each student was paired up with their Department Commander and President for parade. The Parade of Winners is where all National Voice of Democracy Scholarship winners were announced and the first-place winner delivered her essay in person.

Congratulations to Savannah Wittman, a senior at Bret Harte High School, was named the 2016-17 Voice of Democracy first-place winner. Savannah’s speech on the theme, “My Responsibility to America,” won her a $30,000 college scholarship which she plans to apply toward her career in veterinary medicine. Savannah was sponsored by VFW Post and Auxiliary 12118 in Copperopolis, California.

Also announced at the event was the 2016-2017 Patriot’s Pen first-place winner. Congratulations to Lindi Compton, an eighth-grade student, whose essay on the theme, “The America I Believe In,” won her a $5,000 award. Lindi was sponsored by VFW Post and Auxiliary 5813 in Greensburg, Kentucky. She is an amazing and inspiring teenager and I am positive we will hear more from her in the future.

A HUGE ‘thank you’ to all of America’s teachers, parents and youth leaders for the time, effort and commitment you invest in our young people each year. You are appreciated! 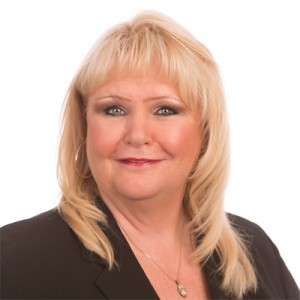