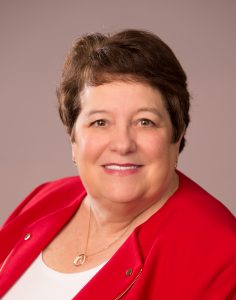 A highlight of Convention will be the first annual Circle of Excellence Ceremony tonight, where 35 Department (state) presidents will be honored for their leadership during the 2016-2017 year.

On Monday, July 24, special guests will appear before the members and awards for members’ hard work will be presented in each of the eight national programs.

On Tuesday, July 25, VFW Commander-in-Chief Brian Duffy will visit members for the last time in that position, and humorist Jeanne Robertson will entertain and inspire members.

On Wednesday, July 26, The election and installation of incoming National President Dee Guillory, a Life Member of Wilkins-Edwards Auxiliary 176, and the other 2017-2018 National Officers, will conclude Convention and bring Bishop’s term to an end.

Other highlights include the opportunity for members to view the Young American Creative Patriotic Art Contest winning artwork from 46 states and entries in the “Buddy”® Poppy display contest, in addition to attending several joint events with the VFW, such as the Joint Memorial and Joint Opening Session.

During Convention, National President Bishop will commend the 2,500 attendees for their hard work honoring veterans and supporting deployed military personnel and their families. Members raised millions of dollars and volunteered millions of hours helping the heroes of our country this year.

The National President also will thank members for volunteering more than 800,000 hours in the nation’s hospitals, providing more than $4.6 million in monetary donations, goods and services to help veterans, active-duty military and their families and donating more than $300,000 to VFW Programs.