I love this time of year! It is a wonderful celebration of faith, family and friends. It’s also a time of joy, sharing, and often a great deal of anticipation and happiness! As part of my extended family, I thank you for your continued commitment to our veterans and their families. I pray you know how much your efforts count. My continued love and admiration go out to you all! I have been truly impressed with your passion and hope you will be inspired to build on the legacy that our organization embodies – serving veterans!

As you work on your New Year’s resolutions, don’t forget the VFW Priority Goals!

Many of you have shared wonderful ideas for putting the Legislative Program into action. Here are a few that might kick-start your new year!

The VFW has released the following statement:

The Veterans of Foreign Wars of the United States is calling for the U.S. Senate to finally pass H.R. 299, the Blue Water Navy Vietnam Veterans Act of 2018, which would end the injustice of denying Vietnam, Korean DMZ and Thailand veterans who suffer from life-threatening health conditions related to exposure to Agent Orange the care and benefits they deserve. The U.S. House of Representatives passed H.R. 299 earlier this year by a unanimous vote, but the bill has been stuck in the Senate. The VFW national commander is urging all senators to support its immediate passage.

“Agent Orange made Vietnam veterans sick,” said VFW National Commander B.J. Lawrence, whose 1.6 million-member organization supports H.R. 299, which would restore VA benefits to some 90,000 so-called Blue Water Navy veterans who had their disability eligibility taken away in 2002 after regulatory changes. It would also require the VA to make whole veterans who were previously denied benefits.

The legislation would also help other veterans and their families who suffer from conditions related to toxic exposures. Veterans exposed to Agent Orange while serving along the Korean DMZ will have an earlier start date to encompass the timeframe when various defoliants were tested. The current start date of April 1, 1968, would be backed up seven months to Sept. 1, 1967. In addition, benefits would be expanded to include children born with spina bifida due to a parent’s exposure in Thailand. Coverage for this condition already exists for the children of Vietnam and Korean DMZ veterans. The new law would also require the VA to report on research being conducted on a broad range of conditions possibly related to service in Southwest Asia, which is important for future legislative efforts to create a list of presumptive conditions for veterans seeking VA health care and benefits.

“H.R. 299 is about taking care of forgotten veterans who were exposed to toxic substances, about taking care of their children who sadly inherited a toxic legacy, and about ensuring that new veterans won’t be forced to wait a half century or longer before our government deems there is sufficient evidence to confirm that their illnesses are service-connected,” said Lawrence. “Let’s get this bill passed!”

We need one last push for this important legislation. Contact your senator if they are not on board and let them know the VFW and its Auxiliary want immediate action on this bill!

The 2018 legislative session is coming to a close and we will begin 2019 with a new congress! This is a critical time to acquaint yourselves with your new legislators and remind those returning to office that the VFW and its Auxiliary are paying attention and that we will not give up on those who need us most!

Together, I Believe…We Can Do It! 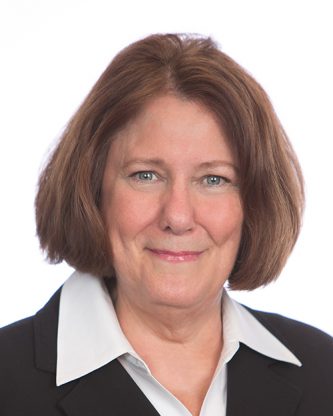