More than 500 members of the VFW and VFW Auxiliary spent the first week in March in the nation’s capital to urge their respective members of Congress to end sequestration and to continue improving the programs and services provided by the Department of Veterans Affairs.

Commander-in-Chief Keith Harman presented the VFW’s 2018 legislative priorities before a special joint hearing of the Senate and House Committees on Veterans’ Affairs (VA). He told the committee the VFW was appreciative of the two-year budget agreement, because it will bring temporary funding stability to the Defense Department. However, he emphasized that a two-year agreement doesn’t end the continued threat of sequestration on a military that is still at war with an all-volunteer force that is fighting with less training and overused equipment.

Sequestration has been the law of the land for the past seven years. It has robbed commanders of their capability to respond to a global crisis at a time when the United States and our allies face emerging threats around the world. Sequester-level budgets have resulted in continued force-level cuts across the military services, which has caused the hollowing of our Armed Forces. As a result, troops aren’t training, crews aren’t flying and ships aren’t sailing. Sequestration has drastically reduced the overall readiness and effectiveness of our military to defend our country.

Along with ending sequestration, Chief Harman also recommended enhancements to numerous VA programs and policies, as well as weighing in on current legislation. He called for the quick passage of the Caring for Veterans Act of 2017, to help ensure veterans have timely access to high-quality health care that is tailored to their unique needs. Harman also urged expanding the Caregiver Bill to include pre-9/11 families, allowing VA doctors to practice telemedicine across state lines, increase gender-specific services and peer-to-peer support groups, end the so called “Widow’s Tax,” eliminate the pay offset for military retirees with VA disability ratings of 40 percent or less, bolster mental health and homeless veterans’ programs, extend toxic exposure presumptions for wherever Agent Orange was used, stored or transported, and authorize the Defense POW/MIA Accounting Agency community to have budget carryover authority between fiscal years.

In conclusion, Congress must end sequestration by reforming the budget process and doing away with arbitrary budget caps that threaten our national security and limit our ability to provide service members, veterans and their families the care and benefits they have earned and deserve. In addition, Congress must pass full-year appropriations for DOD and the VA. Another continuing resolution would severely hinder long-term planning and limit the administration’s ability to respond to global threats and changes in veterans’ programs. 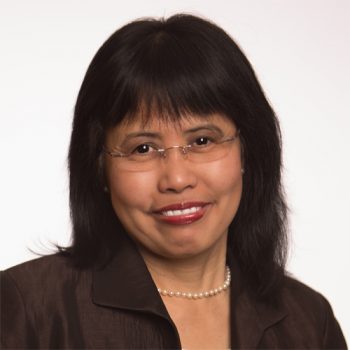