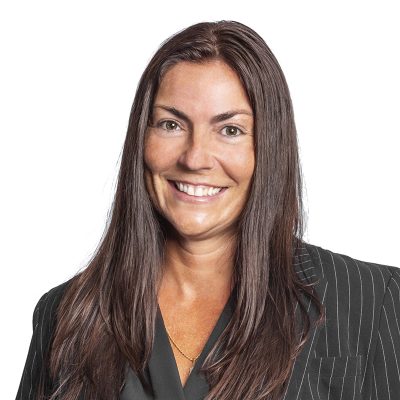 Saluting the Red, White and Blue is testimony of sincere patriotism, loyalty, love for our country and respect for American ideals. The Stars and Stripes symbolizes the freedoms, equality, justice and humanity which our forefathers defined as the essence of American democracy. The Flag of the United States symbolizes the sacrifices made by millions of Americans to keep our way of life secure. There are two ways to properly salute the U.S. Flag. They are hand-to-head and hand-to-heart.

Public Law 94-344, known as the Federal Flag Code and adopted by Congress, prescribes how both salutes should be given. Section 5 of the code states:

During the ceremony of hoisting or lowering the Flag or when the Flag is passing in a parade or in review, all persons present except those in uniform should face the Flag and stand at attention with the right hand over the heart. Those present in uniform should render the military salute. When not in uniform, persons should remove their headdress with their right hand and hold it to their left shoulder, the hand being over the heart.  Non-citizens should stand at attention. The salute to the Flag in a moving column should be rendered at the moment the Flag passes.

The Flag Code also indicates that when the national anthem is played and the Flag is displayed, all present except those in uniform should stand at attention facing the Flag with the right hand over the heart. Persons not in uniform should remove their headdress with their right hand and hold it at the left shoulder, the hand being over the heart. Persons in uniform should render the military salute at the first note of the anthem and retain this position until the last note. When the Flag is not displayed, those present should face toward the music and act in the same manner they would if the Flag were to be displayed.

When the Pledge of Allegiance is given, Public Law 94-344 provides all present should stand facing the Flag with the right hand over the heart. When not in uniform, persons should remove their headdress with their right hand and hold it at the left shoulder, the hand being over the heart.  Persons in uniform should remain silent, face the Flag, and render the military salute.

The Federal Flag Code prescribes when the Red, White, and Blue should be displayed. It is the universal custom to display the Flag only from sunrise to sunset on buildings and on stationary flagstaffs in the open. However, when a patriotic effect is desired, the Flag may be displayed twenty-four (24) hours a day, if properly illuminated during the hours of darkness. The Flag should not be displayed on days when the weather is inclement, except when an all-weather Flag is displayed.

Some persons believe the Flag should be displayed only on national holidays. Believe it or not, there are no national holidays. Congress never made a law setting aside particular days as holidays for the entire nation. Individual states designate holidays within their respective jurisdictions. Congress designates them for the District of Columbia (D.C.) only. There are, however, many legal or public holidays and on these days, the U.S. Flag should be in evidence.

The Flag should be displayed on all days, including the following:

The Flag should be displayed daily, weather permitting, on or near the main administration building of every public institution. It should also be in or near every Election Day polling place. During school days, it should be flown on or near every schoolhouse.

These two brief articles were first published by the Veterans of Foreign Wars (VFW) National Americanism Department to offer a history of the Red, White and Blue. The original publication was titled ‘Ten Short Flag Stories.’ The intent was to provide an origin, evolution, proper display and respect for the American Flag.  These stories have appeared in multiple newspapers and used by members in both the VFW and Auxiliary for radio broadcasts and talks for promoting Patriotic Unity and Community Connection to both youth and adult groups.

As we move into the spring and summertime, we will see more parades, patriotic rallies and community celebrations. Please partner with your members, youth groups and communities to ensure we preserve the history and respect for the U.S. Flag. By demonstrating and practicing these acts of patriotism, we continue to build and promote the Americanism Program tenets:  Patriotic Unity, Community Connection and the Red, White, and Blue.