Happy New Year! I hope everyone had a beautiful holiday season. Now is the time to re-energize and focus on a very important program goal which is Flag Education.

Flag Etiquette
The American Flag has a long history, and the members of our organization have spent more than one hundred years defending and honoring our nation’s most iconic symbol of freedom. Whether you’re looking for the historic details of how the U.S. Flag came to be, or the rules and regulations that encompass her daily flight, we’re here to ensure you can find the information you need.

Public Law 94-344, known as the Federal Flag Code, contains rules for handling and displaying the U.S. Flag. While the federal code contains no penalties for misusing the Flag, states have their own Flag codes and may impose penalties. The language of the federal code makes clear that the Flag is a living symbol.

In response to a Supreme Court decision which held that a state law prohibiting Flag burning was unconstitutional, Congress enacted the Flag Protection Act in 1989. It provides that anyone who knowingly desecrates the Flag may be fined and/or imprisoned for up to one year. However, this law was challenged by the Supreme Court in a 1990 decision that the Flag Protection Act violates the First Amendment free speech protections. Access the U.S. Flag Code Guide.

The order of precedence when displaying military flags together is Army, Marine Corps, Navy, Air Force and Coast Guard. 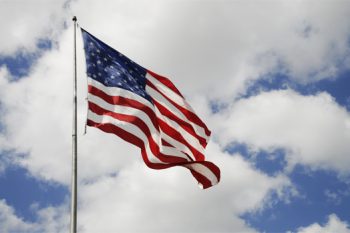